Navigation Menu
Home » Save Money » How to save money in 2008: November review

How to save money in 2008: November review

Posted by Fiona Nevile in Save Money | 20 comments 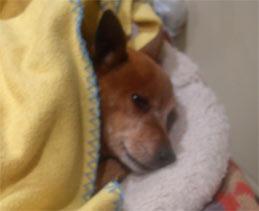 I woke one morning to find Danny wearing his beanie in bed.
“Finally I can understand why nightcaps were worn in Victorian times.”

We no longer fly the central heating on auto pilot. Captain Danny and co pilot (me) confer before flicking the switch and allowing the boiler to roar. We always turn it on when it is cold but sometimes the wood burning stove is enough on milder days. We are enjoying its radiant heat in the kitchen. The dogs spend their evenings stretched in front of the sturdy black beast and then accompany us to bed. Organic hotties that  always retain their heat through the night.

We have chosen to treat our tank of oil like liquid gold. Quite a few people I know can’t afford to fill their tanks as the hike in energy prices has eaten massively into their budgets. I meet these people every day. The cleaners and gardeners and groundsmen that work in the houses that I decorate. Many have signed up for the ‘budget’ deals that a lot of oil suppliers are pushing now.

“We didn’t have to pay up front. Just half the cost of the tank fill up and then monthly instalments and a two year contract. Our tank is always full. And we got a complimentary stilton and bottle of port.”

Last month someone I know paid 56p a litre six months into one of these schemes. I didn’t mention that we’d paid 39.9p a litre at the same time. We were able to shop around. And the prices have dropped more in the past few weeks. These schemes seem good value but the price per litre is not fixed and you can end up being trapped in a scheme where you are paying an awful lot more for your oil than you need to.

On the electricity front we are using our steamer more and more for cooking, rather than having two or three stove top rings heating simultaneously. We are seriously thinking about investing in an electric steamer as only a small amount of water is needed to generate the steam and it might be a real economy in the long run. I just don’t know which one to plump for. Reviews suggest that plastic steamers tend to crack but the metal ones are very expensive and it takes years to recoup the original investment. Any ideas?

Our weekly shopping bill is now around 60% less than it was a year ago. This takes time and a bit of creativity to achieve. I thought I was being really economical in the past. A weekly meal plan is out of the question now that we tend to just buy special offers and a lot of ‘remaindered’ food.
“I’ve bought fennel, cod and Brussels sprouts. Can we do something with them?”

I often end up cooking when I’d rather be doing something else but our freezer is full of home cooked meals that just have to be defrosted. And we are eating better and tastier meals than we’ve had for years.