Navigation Menu
Home » Reviews » Dealing with an invasion of mice

Dealing with an invasion of mice 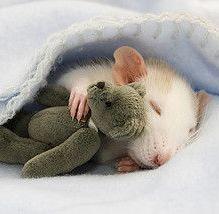 This hugely sentimental (yet brilliantly airbrushed) photo that I discovered on the Internet indicates that I’m a bit ambivalent about mice. I love them, enjoy observing their balletic antics but do not want them rampaging in our kitchen. If they slept in their beds at night and went elsewhere for their food they would be more than welcome.

We live in racehorse country, land packed with studs and stables that are magnetic to mice. Loads of free food, warmth and a rural environment. We also keep chickens. The sum of horse country and chickens adds up to the possibility of mice and the likelihood of rats.

As a child I slept beside a photo of a pair of sleeping dormice. I’d cut the picture out of a magazine and stuck it on the wall beside my bed. The mice were curled comfortably together and their tails were twisted at the tips. The ultimate restful picture. When I couldn’t sleep on a summer evening, I’d study them. Their teeny delicate paws and whiskers. I’d wonder if mice dream and if so, who or what moved through their sleeping world?

A move to the country nearly thirty years ago brought me close to mice again. House mice are not quite as cute or rounded as field mice but they do have charm. I’ve watched them swing through the blueberry bush outside the kitchen window to steal the fruit and then move onto feast from our bird feeders. A mouse lived in The Rat Room the first winter that I was here at the cottage. In the spring I discovered that he had eaten a bar of very expensive soap that I’d been given at Christmas. Actually, I didn’t mind as he’d kept me company during a long and lonely winter.

All those years ago the mice lived in the old cottage walls. I could hear them piling in for the night when I was having a bath. Living in the walls was fine and mice outside used not to worry me until they ate or our overwintering peas one year. Later I caught them eating our treasured redcurrants. We now use humane traps

to catch them and ferry them out of the village to places where they can forage far away from the heavy tread of human feet.

Gradually over the years mice have started to invade slowly. First the larder, then the kitchen and latterly the rest of the cottage. At first it was just a winter problem but this summer they didn’t move out so we used these humane traps in the house. The wooden traps that we were using just weren’t efficient – too many nips on a leg or nose and clearly causing misery. Danny hates killing any living being – he even moves slugs from the kitchen with a spoon so as not to damage them. So the humane traps seemed like a good idea.

But, to be quite honest with you, the mice were clearly terrified on their trip to freedom. Yes, they had a chance but at what cost? Also were just passing this problem onto other people?

I don’t know whether the same mice hiked miles back to the cottage or that our invasion was of such Herculean proportions that we never could get rid of them. If we removed the family in the kitchen, we’d suddenly be entertaining others in the sitting room. One morning I was sitting up in bed when a baby mouse raced across the book I was reading. Enough was enough. I drove into town and invested in some decent traps.

We’ve tried rat poison on the mice before. It is effective but we are not keen as we suspect that it gives the mice a lingering and painful death. There’s also the question of the Min Pins eating poisoned mice.

Mice carry diseases and if they are scampering about your kitchen surfaces they need to go. A good trap is better option. The kill is fast and ideally happens when the mouse is enjoying a marvellous feast – peanut butter/chocolate or cheese that I’d like to eat myself.

were the final two on the Homebase shelves – clearly other people have been tackling mice invasions too. They were more expensive than usual but they looked as if they’d perform well. Setting them was with a simple click, rather than fiddling around with a sensitive wire and wondering if I’d have a nasty nip as I placed them in position.

Danny examined them carefully and was politely uncertain – but when he discovered that the success rate is 100% he was overjoyed. Their Olympic performance is down to the extended touch pad around the bait. They kill in an instant which is perfect.

I like mice and don’t enjoy killing them. Even though they are delicate, charming creatures they are vermin and spread disease. If you live in an old house and are experiencing an invasion of mice, investing in a decent trap is a worthwhile investment.