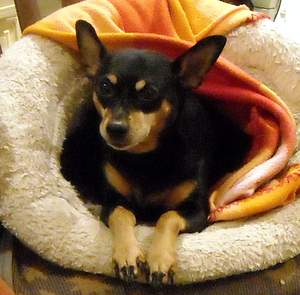 Danny has been back for a few days to sift through his stuff. It’s always good to see him. He brings me tea and perches on the end of my bed and we chat about our old points of contact on the Internet. The CSH forum, the blog and eBay. At the end of the day he returns to his new place in Ipswitch.

He’s getting fit. Walking, walking and walking. He’s even invested in a pair of hiking shoes – attractive trainers. He is looking good.

I remember that before I met him that this was his pattern.
“I want to get into shape.” He explained. “I love walking. And Galaxy chocolate.”
He’d left a failed relationship in America. Couldn’t get his green card so had traveled to England to start a new life.
I wonder if he’ll say the same to another lady, sometime down the line.

Back then I was delighted to be part of his new life – happily welcomed him with open arms. Now I wonder what really happened in America.

It’s important to remember that we had so many good times. Cuddling in front of the fire, indulging each other and just being a bit wild. Once in a fit of rage I throw D’s shoes onto the fire. They burst into flames in an instant. Perhaps this is a good recycling tip? The same evening Danny ripped his shirt open. It was a new one that I’d just given him.
“I’ve always wanted to do that”, he explained.
I found small white pearl buttons for months after when I was doing the cleaning.

We had fun times too. Like the occasion when we invited over a hundred people to a combined birthday party in our garden. A week before we lost our nerve and, concerned that loads of people wouldn’t come, we invested in ten ‘lifesized’ inflatable martians from the pound shop down in the town down south where D was working at the time. Perhaps the martians would bulk out the numbers a bit?

The night before the party D and I tested our lung capacity inflating these martians. As far as I can remember we managed to give buoyancy to the fist eight and shoved them into the kitchen. D pegged the final two of half inflated ones on the circular washing line. What on earth does a martian look like anyway?

The party was a success. Guests fought over who was going to leave with an arm round a martian.

Last week my sister pulled out a crumpled grey thing from under D’s desk in the Rat Room. When she unfurled it I recognised that it was the last surviving martian from that party. The plastic had deteriorated – there were holes in one shoulder and when we smoothed him out on the carpet the creases cracked open.

Today I spent the day alone. No visit from D – just the Min Pins for company.

I felt happy  to my core for the first time in years.