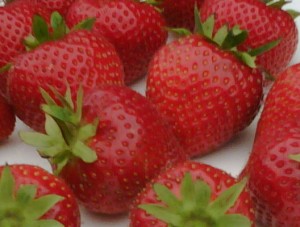 Although it’s almost a twelve hour round trip, I wouldn’t want to miss the final day of the Hampton Court Flower Show. Danny always gives me two tickets as a Valentine’s Day present. Fills his company car with diesel and happily waves me goodbye for the day.

He doesn’t do shows. I have tried taking him but within 20 minutes he is back in the car with a newspaper. He’s happy for about an hour overall and then he gets dramatically restive. He might not even survive a visit to the Hampton Court Flower Show.

It’s a great day out if you love gardening and all things related to your plot. Usually I go with Seraphina. Last year I went with The Chicken Lady and S on the Saturday – we looked at every stand. It took about five hours.

I much prefer going on the final day: Sunday.  At 16.30 stands can sell off their stock for an hour. If you are canny you can buy the best produce from the display stands and gardens. Until then the gardens have the air of something vibrant that is just about to end. I don’t know about you but I prefer to be in at the end of the event rather than the beginning. There is a bitter sweet quality that attracts me. Perhaps it’s because I was born in September – the main harvesting month in the UK.

“I love going to Hampton Court. It’s so much more relaxed than Chelsea. And you don’t get all those corporate marquees bursting with people that are not really interested in gardening.”
Seraphina has a different opinion. “Yes but Chelsea has far many more experts in just one area. It’s the best show to visit to glean specific ideas for a particular type of plant.”
She may be right. But if you want general inspiration you can’t beat Hampton Court. I prefer the relaxed, larger show grounds of Hampton Court. I’m an amateur gardener after all.

As Seraphina and I are both interested in feeding ourselves (vegetable wise) we were drawn instinctively to the small “Growing Tastes Marquee” where we found The Garlic Farm (Isle of Wight) stand. I bought some garlic heads to plant in September. Last year the garlic heads from the same source did well with us considering that they were planted in poor soil. This year they are going into much more fertile beds and hopefully will develop. chubbier heads. Fine chunky specimens that can feed our massive garlic habit and a few dried to be confidentially replanted next autumn.

In the same marquee I spotted a company – Marshalls the vegetable seed and fruit specialist  – selling £17 worth of mid summer planting salad seeds for a fiver! These were being marketed from a tempting plot bursting with plants grown from the same selection of seeds.

I tried growing salad leaves for winter under fleece last year, but started it a month late, in October. The seeds germinated but just didn’t have the muscle to survive the first hard frosts. Now I’m going to start sowing them early (within the next month at three week intervals) and try again. There was a catalogue in the bag too for all year round vegetable plugs and tempting fruit bushes and trees. Well worth a Google, I think.

Seraphina and I agree that an outdoor retreat in the garden would be a boon. We love the old Shepherds’ huts (complete with stove) but adored a rounded eco den complete with an eco loo to compost the garden. Apologies – I can’t find details on the Internet. The ‘end of show’ price was £13.000. If I’d won a bit more on the Euro millions on Friday, I would have bought this haven. Instead I invested my £20 winnings in a couple of scented geraniums from the Wootens of Wenhaston stand and still have £15 to splash on compost for potting on our chilli plants.