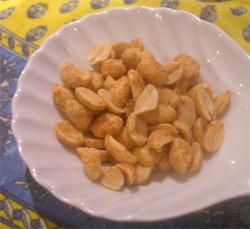 Working freelance in Soho (London) in the 90s was fun. The economy was buoyant and there was the buzz of cash, talent and hope. People worked hard and played hard too. Playing hard was the best part. The bars were packed at lunchtimes and early evening. This is where a lot of freelance people made contacts that might bring them new work.

Generally I was too busy to need to do this, but if the telephone didn’t chirrup then simply drifting down Wardour Street often bought work. You’d bump into someone on the pavement, have a drink in a bar and suddenly you had a new contract.

One of my favourite clients was a producer called Ross. Talented, debonair and very much his own person. He had toppled from millionaire to penniless and gradually trekked his way back up again. A real grafter.

His favourite evening dive was Zilli’s bar. A chic place with great bar snacks, appetisers and free peanuts. These complimentary treats can sustain a happy drinker for an extra hour or two in a buzzing bar so everyone tucked in, including Ross.

Then one terrible Sunday he read an article in his newspaper. Someone had carried out tests in the amount of urine present in bowls of countertop nuts in London and Paris bars. The results would have had a Health and Safety officer reaching for his notebook in a trice. Ross’s heart ran cold. How much urine had he unknowingly consumed over the past twenty five years?

So from then on he demanded his own personal bowl of nuts at Zilli’s, poured straight from the jar. He was happy. A super clean place like that wouldn’t pour the uneaten nuts back into the jar. Would they?

Some people think that the idea of urine on peanuts is an urban myth. No one seems to be able to unearth the details of who carried out the study. Since I heard this story, I have avoided grazing on any bar nuts except from the expensive individual packs.

Perhaps the nut magnates ‘sponsor’ studies every now and then.