Posted by Fiona Nevile in Fish and Seafood | 9 comments 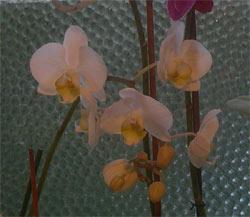 Danny lips always go pleaty when I suggest taramasalata on pitta bread for a lunchtime snack.

Some might call this a benefit as I could eat a whole tub on my own. But even the smaller tubs are too much for a single sitting. It’s the sort of thing that I long for and then feel replete after a slice of laden pitta bread. The tub is pushed to the back of the fridge and forgotten after my fix. Several weeks later it’s discovered by D on a fridge clearing binge. The thin lips as it is tossed into the bin say it all.

Last night I discovered three things. Firstly, homemade taramasalata as opposed to the most deluxe shop bought stuff is a secret that just has to be shared. Why has no one ever tipped me that this is taramasalta heaven?
The second point is that whoever suggested that tara ideally should be eaten with pitta bread had clearly never combined it with torn crusty soft white bread. A totally moreish revelation.

The third point is the D adores homemade tara. I took some upstairs on a hunk of a crusty handcrafted boule (very busy at the mo so I’m supporting the Tesco bakers). For the first time ever Danny shadowed me downstairs for more. Before I could photograph the Ambrosian concoction we had eaten the entire contents of the bowl.

I had bought some gorgeous oak smoked cod’s roe from River Farm Smokery. I Googled for recipes ideas and made mine in the food processor in seconds. Perhaps it was the groundnut oil (rather than sunflower) or the pinch of smoked sweet paprika that added a tiny frisson to the palate but the result was superb. This would be a wonderful appetiser and a great budget alternative to a smoked salmon starter on Christmas day. In fact D reckons it’s on a par with, if not better than, smoked salmon on brown Irish soda bread.

Homemade taramasalata recipe (for 4 as an appetiser)