Posted by Fiona Nevile in Starters and Soups, Vegetarian | 9 comments 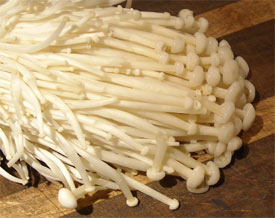 I had a doctor’s appointment late afternoon so I changed out of my ragged decorating garb into vaguely normal human clothes and left work early. As I was working in Newmarket, I could walk to the surgery without the stress of checking that I had the right coins for the car park or worrying about the extra time that I would need to negotiate the massive road works in the High Street.

Walking along the street, I was struck by the smell of petrol, diesel and dust for the first time in years. In an instant I was back in Soho (London). Our capital city might be full of life but it stinks.

I was horrified. Newmarket is a sprawling market town, far smaller than London but the road works have made the Clock Tower roundabout a place where long queues of cars wait to cross all day. The emissions must hover over this place for hours. Way out in the sticks we don’t have the stimulation of the city but we usually have clean air.

But do we? Usually I drive to the shops in Newmarket so don’t notice smells. The air in our village seems clean. The cottage is set well back from the road so we are not invaded by car fumes.

I walked back to work via Waitrose and popped in to mosey through their end of date offers. They had a lot of bargains (selling for at least 30% of the original price, many at 20%) so my basket quickly became too heavy for a long hike. We have a capacious freezer. But I needed to cook some of my bounty immediately.

I’ve rejected Enoki mushrooms in the past (£1.99) as just being too expensive. At 39p this evening they were catapulted into my basket. Googling Enoki on my return told me that they could be eaten raw, or cooked very quickly. Two minutes max. Apparently cooking them for too long makes the stems chewy. As the stems are long, I wanted to avoid rubber shoelaces.

I also had half a pack of standard white  mushrooms in the fridge. A little sweaty and slightly wrinkled. If I cooked these very slowly for half an hour to enhance the flavours and added the Enoki for the last two minutes I might be onto a winner. Especially as I’d also scooped up Organic spooning cream (£1.19 down to 39p). I usually find that cream lasts way beyond it’s sell by date so generally buy it if it’s discounted as D loves adding it to creamed potatoes and it’s a great standby for an instant sauce. Particularly for fish.

The result was superb. The Enoki mushrooms added great texture and a nuttiness to the tasty white mushroom base. One word of warning though. Cut the longer stems into inch sized pieces otherwise the texture is a bit like the sensation of limp worms on the tongue. Danny quietly pointed this out to me. I’d been cock’ a’ hoop until then.

Despite this, the mushroom mixture was a really tasty accompaniment for grilled chicken breasts. If you made little pastry cases and added a dollop of the creamy mushroom mixture, these would be delicious as a warm or even a cold starter. Danny feasted on this for lunch today. Cold white Basmati rice (cooked in chicken stock) with a giant dollop of the chilled mushroom mixture and a decent lash of ground black pepper.
“It was so delicious that I didn’t even notice the ‘worm’s’. Let’s try it tonight as a cold starter. I’d pay the £1.99 for the Enoki mushrooms in the future.”

Appetising yet unusual. Why not try this mushroom mix for a special occasion? Suddenly I’m intrigued by the range of specialist mushrooms and can’t wait to scoop them up when they are on offer again.

Creamy Enoki and white mushroom recipe. Great starter or side dish (for 4 people).