Navigation Menu
Home » Save Money » Cutting your carbon footprint saves money too. 10:10 are you on board?

Cutting your carbon footprint saves money too. 10:10 are you on board?

Posted by Fiona Nevile in Save Money | 9 comments 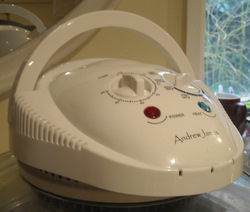 Richard Curtis’ short film made for the 10:10 campaign might have caused a huge backlash but it has directed a lot of attention to the movement – which can only be a good thing.

10:10 is a movement that encourages people to cut 10% of their carbon footprint in 2010. I must admit I was initially attracted to the idea of 10:10 as I hoped that it would save us money. I reckoned that we had already done most of the first step initiatives – such as bricks in the loo cistern, low energy light bulbs, extra lagging in the loft, economy washes in the washing machine and dishwasher. Our fingers have developed good muscles turning off lights like madmen. So I was wondering if we could actually achieve a reduction of 10%. But I always enjoy a challenge and signed up.

Some people believe that global warming is a myth. Others believe that one person taking action has no effect on global warming. The latter is right of course. But 10:10 has a wide vision and is a worldwide campaign – gradually people in over 40 different countries are taking up the challenge. By banding together we do make a difference. And by following just a few of their suggestions you will save money in the long term, even if you have to invest now and wait to reap your rewards.

The 10:10 site is packed with ideas and this Guardian page is well worth a look too. I haven’t yet started using grey water from the cottage to water the herbaceous garden (grey water is not suitable for vegetables) but hope to have this up and running by the Spring, along with the well. Incidentally, on the well front, I haven’t been out with the water divining rods yet but I keep on dreaming at night about finding water. Lots of it.

We have inadvertently been cutting our emissions by me being laid up (nearly 14 months now) and based at home. Last winter Danny discovered a good local supply of wood and the wood burning stove in the kitchen is our major source of heat during the colder months – supplemented by the central heating when we are feeling uncomfortably cold.

Working in the garden on the mammoth leaf collecting operation last year I was astonished that so many houses in our neighbourhood have their heating coming on automatically at 4 pm – whatever the temperature. We used to do the same until we seriously had to cut back on the heating bills – we are on oil as there is no mains gas in the village.

Most of the windows in the cottage are double glazed but we’d discovered that putting up temporary secondary double glazing on the single glazed windows made a difference of at least 3°F in a room – this meant that we could turn down our thermostat just a little bit more and still be quite snug. Last winter we trebled glazed any double glazed windows that we didn’t need to open. That made a big difference too.

We now share Danny’s car. Jalopy is still asleep in the drive and if the time comes when I need a car of my own we will get her serviced and back on the road again. I always imagined that car sharing – especially in the country where a car is vital – would be fraught with problems. There have been a few glitches, smoothed out by buying my bike. Generally with a bit of forward planning sharing a car with D works well.

Danny has largely worked from home for years.  Now I ‘work’ from home – no driving to work. No petrol consumption and emissions.

Yesterday I was looking at our electricity bills and was amazed to discover that they have reduced by 17%, compared to the same 9 month period last year. The only thing that we have changed in the last nine months is to invest in Andrew. So hats off to Andrew he cooks like a dream, has paid for himself and saved us money too.