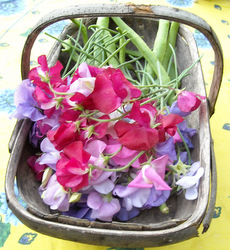 Yesterday I woke at six fretting about someone who bullied me at work seven years ago.
“You have to let go.” I told myself. “This is eating you up.”
I didn’t like this guy. Let’s call him Len to save his blushes. I didn’t respect him. Every now and then Len would order me into a private office and declare.
“I know what you are doing.”
Clearly someone had overheard me talking about him and reported back. I would try and stare him out and then he would say.
“I have a very sensitive nose – you smell.”
It was hurtful and enraging. I had a shower every day. What more could I do? As I couldn’t think of how to answer, I always remained silent.

Now Len was close to another colleague of mine. I liked and respected this lady but she endlessly went on about problems she had drinking whisky when she was at work in her last job. I never knew how to respond and felt a bit sorry for her. As she mentioned it so often I began to assume that it was a real problem that she was tackling now.

Years later when I’d left that job far behind Len told my closest colleague that I was drinking in the office that we shared. He wouldn’t back down when she vehemently denied this. Unfortunately she made the mistake of telling me. I longed to go round to the office and confront him. And the other lady I liked had been hoodwinked into believing him. Suddenly their comments made sense. I was furious. I was being accused of something that I would never dream of doing.

This has haunted me for years. I’ve tried writing imaginary letters, to Len, to the lady that I liked. I’ve thought of asking him to apologise. I’ve tried pretending that I didn’t mind – I had no respect for the guy so why take his nasty remarks so deeply? I thought of the lady as a friend – why wasn’t she straightforward with me? The matter could have been dealt with in seconds.

But the one thing that I had never considered was to forgive him. Recently I invested in the e-book “The Secret behind The Secret” by Dr. Eric Amidi, a quantum physicist. This book is great for helping you deal with damaging and restricting mental blocks. I’ve been reading a couple of pages a day on and off for the last six weeks. I reckon that it’s a sound read. The Secret is inspirational but it doesn’t really get down to the hard facts of how you actually, practically can get the best out of your life.

I am aiming for a rounded life. I don’t want fast cars, vast mansions and millions in the bank. I would like to live here with Danny and have the freedom to develop my cooking and gardening and have enough cash in the bank to fuel this passion.

This morning I read two pages from Eric’s e-book. The theme was forgiveness. Of yourself and others.  I didn’t twig that I had a problem with this. I tested it out and tried to genuinely forgive Len and also myself for hating him. The cage door opened and I flew. Suddenly Len’s lies didn’t matter anymore. I also realised that if Len hadn’t been so mean I might still be working in his company and not here on my own road, forging the life that I always dreamt about. So actually in the end Len did me a favour.

Update: Eventually I found that I hadn’t forgiven Lee Sears – yes that’s his real name – and he now lives in Bath and runs a company similar to the one which I worked for. His bullying  played on my mind and many years later I contacted his old partner and the HR person who worked in the company that he and his partner had sold. Old employees that I knew were still employed by the new company. Everyone was shocked by his behaviour and had no idea about what was going on with me and Lee.

Bullies like Lea Sears need to be exposed and vilified. His actions carved out the heart of me.  Even though I worked really hard, I could still see him in my head. It’s silly, I know but no one wants to hear that they smell. And there was no one that I could turn too as he was a joint owner of the company.

Incidentally he had worked with the Met and boasted endlessly that he had beaten up drug dealers. He said it was fine as they were trash. I found this really shocking.

What Lee Sears didn’t know was that when I caught a burglar, over 20 years before I met him, the dectectives on the case activly encouraged me to join the force. I did consider it but it was people like Lee Sears that put me off. Back in the 1990s the Met didn’t have a very good reputation,