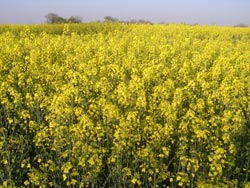 My friend Jane and her family moved from London to the coast a few years ago as they didn’t want their children to grow up in the city. They are now is planning to make the leap to life in a country cottage. She kindly agreed to let me publish extracts of her sparky email as tonight’s post.

Guest Spot: Downsizing, bees and and battling with molluscs. By Jane Greppi

We are rushing round like mad things at the moment as we have just – gulp – put our house on the market in the hope of buying our very own – yes, you’ve guessed it – COTTAGE with half an acre attached. So we are busy tidying. And tidying again. And then doing some more tidying. We are not expecting a great influx of people as the estate agent warned us that interest rate rises have killed all buyers dead in their tracks since about the end of May, but at the same time, we’re hoping that the chap we want to buy from will be in the same boat and that hopefully no-one will gazump us while we’re waiting to buy.

We didn’t especially want a cottage as we’re very used to our seven bedrooms, four huge receptions and accompanying piles filling every available inch of space but hey, it’s about time we downsized – good for the soul, apparently. The main thing is the garden, which you just don’t find on the cliffs of Southbourne, as every available inch of space is filled up with blocks of flats. So light a candle for us that it’ll all go through all right!

Anyway, the reason I’m writing is nothing to do with our moving house, but because Zaz has finally done it – bought himself a bee suit, gone on a beekeeping course, met up with another mad beekeeper and is off every Saturday tending the old hives in the corner of a field some five miles away. There is a nice symbiotic relationship with the farmer who owns the field – Zaz and Rupert (Other Mad Beekeeper) pay him in honey for the rent of his corner-of-field.

And, never one to do things by halves, Zaz has been taking swarms by the dozen – Rupert is the council’s bee-remover. So my introduction to beekeeping has been my loving husband’s handing me a cardboard box with the instruction “just feel this” and have me recoil in horror as I realise it contains a swarm of bees. Nice, eh? So Zaz is building a hive at the moment for himself, and will hopefully put the next swarm he takes into it. And I may well be emailing you in the near future to find out your take on whatever problem we’ve run into with our new hive!

I went rushing out on your recommendation with a tub of milk to kill the slugs at the end of May and was delighted to find that the slug I chucked in it when I put it down was still there the following morning. Sadly, he was alone. Even more sadly, the dog appeared at this point and gleefully licked up all the milk and the slug before I could stop him. Meanwhile, the garden had been chewed to death by snails.

It was at this point that I realised I don’t have much of a problem with slugs – it’s snails that bother me. I launched about fifty into next door’s garden last night (not as bad as it sounds – next door is empty and being converted into flats and there’s a very overgrown garden they can eat their hearts out on) but still more seem to be appearing. I have been collecting bucket loads which I then carry 100 yards down the road to the nearest drain, but I keep meeting dog walkers (why are they walking their dogs at midnight?) who give me the sort of look which implies I’m disposing of evidence.

If our house sale goes through, there is a stream at the bottom of the garden with meadows on the other side – I look forward to launching snails either into or over that. But in the meantime, if you have any brilliant ideas for snail disposal which doesn’t involve slug pellets or smashing them with a hammer (I’m a bit squeamish like that) then I’d love to hear them. Zaz suggested we feed them on bread to clean them out and then saute them, but I’ve never been that fond of snails – the garlic butter part of snails in garlic butter may be delicious, but I always think the snail bit is like chewing an elastic band. My late mother-in-law used to produce them every new year, and as she was a) French and b) the most fantastic cook I’ve ever met I can only assume she was doing the best with them that could be done and even then they were still a bit meh as far as I was concerned.

Anyway, gassing on as ever – it’s five and twenty to eleven and time to grab the old Maglite and go out searching for my little mollusc enemies before they devastate the remainder of my peas and turn my latest lot of runner beans into skeletons AGAIN.