Marinara Sauce and why I subscribe to the NYTimes 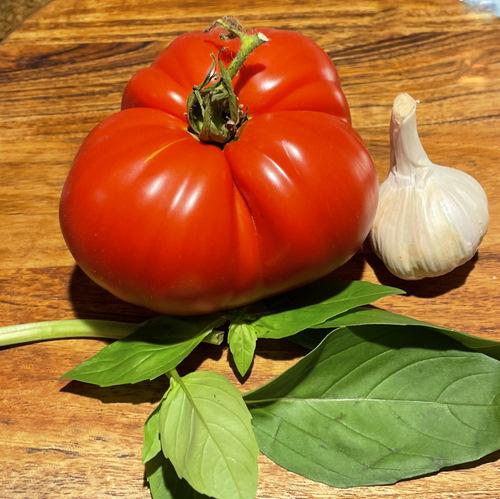 I subscribe to the New York Times – food and recipes section.
“Why on earth would you do that?” I suspect some are thinking. “You don’t even live in America!”

Well apart from the recipes – that are generally very good – it’s the food ie comments that attracted me initially and have kept me subscribing for a few years now.

In the UK most of the leading newspapers publish recipes, with comments. More often than not the commentators come out with clever quips, get into tussles with other comentators and eventually begin to irritate me. So often they are more interested in expressing their own wider opinions rather than focussing on the recipes and the food.

It’s very different with the NYT. Of course there are some comments that are not so useful but the majority are interesting and recipe focussed. These are genuine reviews by people who want to share their discoveries  with other foodies. There are fascinating tips and twists. Generally the comments following the recipes create a valuable foodie forum and a great resource.

In fact I usually get as much inspiration from the comments as the recipes themselves.

At the moment I am looking at vegetarian lasagne recipes. I would like to develop some recipes that are easy, quick, inexpensive and delicious.

A lot of lasagne recipes include Marinara sauce – a simple tomato sauce with a gentle garlic, basil and chilli zing. Of course you can buy this but it’s far cheaper and tastier if you make it yourself.

In the comments section of this NYT recipe, one man said that his Sicilian wife uses the same ingredients but cooks the sauce very gently in the slow cooker all day. Apparently the results are wonderful.

So I doubled the recipe and did the same. I now have just over 1 1/2 litres/6 cups of Marinara sauce. I used a stick blender to make the sauce smooth towards the end of cooking.

I did try the short stove top version too. It was fine but the slow cooker version had much more depth of flavour and vroom!

Marinara sauce can be used in so many different ways – added to a bowl of pasta, spread on a pizza, used in a bolognaise sauce – the variations are endless.

The sauce can be bottled/canned or frozen in portions.

You can find the recipe that I followed here