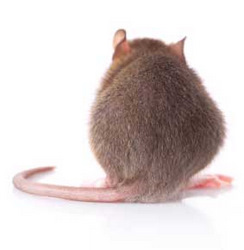 It is said that when you are in London you are never more than six feet away from a rat. I lived in London for years and never spotted one. Presumably they are holed up in attics and sewers.

I did see mice out in the open though. Late night scampering amongst the metal lines of the tube. If I walked to the end of the platform and stood very still they would appear, nervously at first and then rush about looking for edible scraps blown down from the platform. They were quite black from a life living in the oily dirt of the rail lines.
“What a life,” I used to think. “Away from the sun and fresh air.”

We have largely got on top of our mouse invasion in the cottage. Inca alerts us to any new intruders and the traps are set. Peanut butter seems to work best as a lure.  We are down to catching a couple every week or so now.

On the rat front, they were removed from the chicken run months ago. I’m not giving the chickens a never ending feeder anymore – which translates swiftly into a night time food stand for rats. The chickens are fed in the morning and that’s it.

This afternoon, I took a break from cleaning, looked out of the window and down the front drive. I noticed a movement beside a pile of logs. At first I thought that it was the squirrel that I’d seen swooping through Anne Mary’s trees the other day. Then I saw its tail – that unmistakeable rubbery tail – thick and relatively short compared to a mouse. A rat.

I don’t tend to hover by the window but today I thought that I’d wait a bit longer and see what happened on the rat front. Within seconds Rat One was joined by Two, Three and Four. Number Five appeared from under Jalopy and nipped across the drive.

These were all adult rats. Five rats ‘out and about’ – indicates a lot more under Jalopy. How long had the colony been there? Jalopy has been sleeping in the drive for over two and a half years. As a test I strutted to the front door and threw it open. They had vanished without a sound.

That’s why we hadn’t spotted them. Rat holes are unmistakable but if the hole is under a big car that does not move you have little chance of finding it.

Delighted with the excuse to ditch the cleaning, I pulled on my poisoning gloves filled our rat bait station

with poison and slid it under Jalopy. I use Neosorexa Gold

. This poison is expensive but very quick and effective. I tend to buy it in 10 kilo packs as rats will always be a problem in a village surrounded by studs and farmland.

The trick is to keep on topping up the poison until it is no longer taken. Judging by what I saw this afternoon, this might take some time.

Year ago our local County Council used to pay for vermin to be killed. Their Rat Man told me that even though this was a free service loads of people didn’t want to admit to a rat infestation as they thought that they would be rubber stamped as ‘dirty’. This meant that the rat colonies moved up through the village, just being treated by the few houses that used the service. Once rats start dying in a colony the others are generally intelligent enough to move on.

Now our council charges £60 for the service. It’s cheaper to buy 10 kilos of Neosorexa and deal with the problem yourself. Our 10 kilo packs generally last about three years. With the withdrawal of free pest control rats have become a bigger problem as the years roll by. I though we had the rat problem under control, I had no idea that we had a colony in our front drive until today.