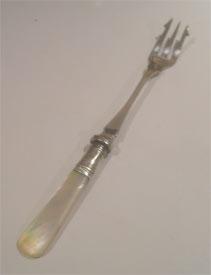 Yesterday evening we motored over to Purple Podded Peas country to take part in The Grand Pickled Walnuts Challenge. There were two teams for the inaugural contest. The experienced PPP team with beautifully labelled jars and several years of PW culinary experience. And the rank outsiders from Cottage Smallholder, who had picked their walnuts a bit too late in the season and hoped that they might soften substancially by Christmas.

I had tested our nuts a few days before the challenge. The first walnut was too hard to spear in the jar.
“We’ve lost the challenge before we’ve even begun.”
“Nonsense. We’ll select the softest ones.”

Magic Cochin had prepared a marvellous spread of food to accompany the pickled walnuts. The crowning dish was an excellent melt in the mouth pork and duck terrine. 2005 vintage PWs were served initially to relax the taste buds before the onslaught of the immature ‘competition walnuts’ on the palate.

There was no drum roll when Cliff reached for the 2008 contenders. He sliced his walnuts with ease and I was concerned that ours would be instantly disqualified as too woody. But, a gentleman to the end, he flexed his muscles and managed to divide my offering. Kind Anne, who had been invited to avert the possibility of a tie break, looked a bit panicky.
“I’ve just spent £380.00 on a new tooth!”

I reckoned that Cliff’’s pickled walnuts in cider vinegar won hands down for flavour and texture He also won on texture in the white wine vinegar category but I was a delighted with my tarragon flavoured spiced vinegar. My ginger infused spiced vinegar was disappointing – perhaps the flavour will mellow in time.

There was another unexpected delight, Cliff’s Piccalilli. All the vegetables in this superb pickle were grown in the PPP romantic walled vegetable garden.
“All except the cauliflower,” confided Magic Cochin. “This pickle is rationed. We can only open a jar a month.”
Cliff peered gloomily at the remains of the jar. In a few seconds we had gorged their January supply. Cliff’s Piccalilli was to die for. I’d love to try and make this and reckon that it would be a good new class for the 2010 challenge.

Meanwhile we grazed on more superb goodies. A delicious fruit compote, Panettone and homemade Christmas cake with cheddar cheese (excellent, thank you Matron) and chatted until the homemade liqueurs were produced.

Due to an unfortunate slip with the almond essence, my sloe gin tastes like a cough mixture cocktail with a dash of heavy duty engine oil. Our sloe vodka was guzzled and is now just a happy memory. Most of our other liqueurs were lost in the barn landslide disaster, earlier this year. So I had to withdraw from this class. I was dazzled by the PPP liqueurs – crisp, fruity and tangy. The perfect finale to an entertaining evening.

As we left I was presented with the ornate Victorian pickle fork.
“But how could I have won?”
“By taking the fork you will host next year’s event.”
“Just like the Ashes.”
We were also given a box of blue eggs generously laid by the Spice girls and a jar of Cliff’s scrummy pickled walnuts in cider vinegar.

Danny turned to me as we accelerated out of the drive.
“I think that we might need to set up a committee to plan the 2010 challenge. That was such a good evening.”

So we are hosting the next Grand Pickled Walnuts Challenge. If you would be interested in taking part please contact Magic Cochin or me. If you win you have the honour of using the beautiful mother of pearl handled pickle fork for a whole year and hosting the next event. The Silver Fork Award could become a new industry standard, in time.