The landscape is never flat when it comes to cooking 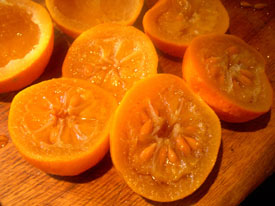 I seem to have been cooking for days. When I get home from work. Loads of delicious pies. Fish, beef and oxtail and mixed game pies.

I like pies.  Somehow if we have a homemade pie for supper, I feel that we are almost there cooking wise. All is needed is a pair of  thick gloves to tackle the freezer in the morning. And half an hour to prepare some tasty vegetables whilst the pie warms in the oven.

Even though it’s spring here in the UK, with quite a few sunny days, it’s chilly after dark and I’ve had a longing for traditional English food. So we’ve run the gamut from roast chicken with bread suace on Sunday, through stew to steak and Guinness pie last night.

During this morning’s foray to Newmarket to buy the last of the forgotten Easter eggs and lunch for Easer Day, I was planning to make a small batch of Oxford marmalade for my mum this afternoon. I remembered her comment as I flew past the sugar section.
“Don’t forget to use brown sugar!”
I selected Dark Muscovado sugar, the brownest of brown sugar. This was a big mistake. It’s a molasses sugar and imparts the taste of bitter treacle to the marmalade. During the boiling up process I was appalled as it tainted the marmalade which tasted bitter and nasty.

All was not lost as I did have some Seville oranges waiting in the wings. I planned to make them into a final batch of our Seville and Quince Marmalade.  The good fairy, who is a bit more generous spirited than me, suggested that I could use these to remake the marmalade for my mum. The bad fairy wasn’t going to have any of that rubbish.

In desperation, I trailed upstairs with a teaspoon of the bitter treacle marmalade. Perhaps D would find something good in it that I had missed. He tasted it with the gentleness of an insect. After a long pause he turned to me and said.
“Well, I would never choose to eat that.”

I went downstairs and tasted the pieces of Seville orange. Their flavour was marmaladey and good. I telephoned my mum and explained the problem.
“It tastes treacly. I don’t think that you’ll like it.”
“I always used a pale brown sugar. The molasses sugar must have been too much for the marmalade.”

I drained off the loathsome treacle intense syrup and made some new syrup, using white granulated cane sugar and a lot of fresh lemon juice. Then I added the strained Seville orange pieces and boiled it up. I created a tasty ‘Oxford’ style marmalade, dark and full of deep flavours. Edible at last and a recipe that I don’t think that I could or would want to ever repeat again.

Next year I’ll use the same sugar as my mum. The remains of the dark Muscovado sugar are now trembling on the sugar shelf in the larder.