Yesterday I escaped from a prison sentence (almost) 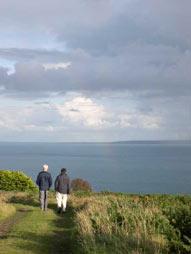 Jalopy always travels at a sedate pace but when I slide into the leather seats of Danny’s company car, it is a far smoother ride. Purring home at 40mph through Cambridge City in D’s car feels like 30mph in Jalopy.

Cambridge City speeding cameras perk up when I glide by. This city has been my Waterloo on two occasions. The maddening thing is that I’m normally very careful in built up areas and I get really angry when cars speed through our village. They might kill a cat, stray dog or even a child. But I seem to develop a blind spot in Cambridge, just 20km from home.

The arrival of The Letter always causes agitation.
D: “The Cambridgeshire police have written to me. They claim that I was lasered on the Histon Road just after five p.m. on a Sunday. That’s just nonsense I’m always in the Rat Room on a Sunday evening..”
Me: “That must be have been me.”
D: “Oh.”

Then they write to me and I write back confirming that I was driving the vehicle and I pay the fine. The second occasion happened this summer. I wrote back and heard nothing. A couple of months later another letter arrived. I was summoned to attend the magistrates’ court on two counts. Speeding and not responding to their letter.

They were helpful and advised that my only option was to attend court and plead my case.

Yesterday morning I rose after a fretful night. The combination of never having appeared in court and a youthful addiction for TV court room dramas had me reaching into the back of the wardrobe for my old traditional navy blue overcoat. Danny had never seen this mode and gaped when I stepped into the kitchen.
“You look so normal!”

Probably the most comforting reaction under the circumstances.

The security guys on the third floor of the Magistrates’ court had a similar reaction when I showed them my letter.
“Surely you’re not the defendant?”
In the general stressful whirl and twirl I wavered.
“I’m not sure what I am. This letter is addressed to me.”
They conferred.above my head
“It must be a motoring offence.”
“Yes, clearly motoring.”
The younger guy observed me.
“Motoring?”
“Yes,” I concurred.
They gently explained the workings of the court.
“Go over there and sit in the chairs outside court number three. You need to tell the usher your name.”
“How do I recognise an usher?”
“They are dressed in a black gown. Like the woman in this room.”
We peered into the darkened interior and I clocked the figure in a black gown. Then I was released into the waiting area beside court number three, where I joined a man who curled up on the teak bench and slept for three hours.

As the day progressed I realised that most of my fellow defendants were up for affray. No wonder the security guys were bemused at my arrival. It was a motley crew full of angry young men, relatively sober drunks, and a large Italian guy who managed to relax on the angular metal seats and answer his mobile phone (opera ringtone) with expansive alacrity.

“Darling I’ll ring you as soon as this horror is over. Ciao.”

Eventually this bonhomie seeped though to me. I also had a very good book that I’d wanted to read for some time. I was called just as I turned to page 136.

The courtroom was a bit of a shock. The magistrate sat high up beneath an enormous three dimensional heraldic emblem. Sitting on a tier below was his assistant who handled the files and passed the relevant documents above his head when needed. Beneath these tiers was a vast table where a man sat who read out the witness statements and the relevant facts from the files.

I cringed bug-like beneath and stood nervously on the designated spot beside the table and below the two tiers until the magistrate’s assistant discovered that my file had been mislaid. So I returned to the benches at the back of the court and watched the other guys plead their cases. It was a sad few minutes. People who had lost their way being given fines that they probably have real difficulty in paying. Meanwhile the poor, befuddled man beside me on the benches called out, every now and then,
“No witnesses. There were no witnesses.”

Suddenly my notes were found, and I was quickly propelled to the front of the court. I discovered that I’d been tried in my absence (perhaps I had been called when I was in the loo?) and given a substantial fine and six penalty points on my license. Within seconds I was pleading my case.
“Guilty of speeding but not guilty of failing to return the form“
The fine was finally reduced, far more than the stautuory fine (court costs and extras) but with just three penalty points on my license. Phew. (in the UK you are banned from driving if you accumulate 12 points in the past three years. Points expire after four years).

But I was impressed by the extreme kindness and courtesy that all the courtroom personnel showed to every defendant. Even the most aggressive ones. That was an eye-opener.

The moral of the story is to take a photocopy of all official forms, and send them recorded delivery. Sometimes letters, like people, do get lost.